The game of golf involves a lot of technical skills and aspects. There are spin rates, clubhead speed, ball speed, launch angles, and a lot of other numbers to take into consideration in unique gameplay.

But for golfers who just play for fun, these may not be familiar to them, so they don’t recognize the significance of these numbers whenever they play.

In this article, we are going to delve into the importance of spin rate and the implications and effects that it can have on ball flight and overall gameplay.

Each golf ball has around 300-700 dimples on its surface. These little circles serve the purpose of regulating airflow onto the ball, lifting it up by diverting airflow downward.

As this happens, the ball is also rotated backwards after the impact, and that is measured by revolutions per minute.

The number of spins is what we call the spin rate. It is a major determinant of the altitude and the distance that the ball reaches in a shot.

Among all other variables, there are two particular factors that add spin rate:

With more loft and club head speed, you can achieve greater spin rates. But that is not necessary all the time. You only need high spin rates if you’re going for shorter distances and faster stops.

There are some situations in a game where you do not need the ball to spin too much.

What is a golf ball spin?

There have been great plays where the player hits the ball a few yards past the hole but it returns and rolls back closer to the hole eventually. It’s a trick that takes a lot to master and if done well, it could significantly improve your game.

The spin is the element that lifts the ball up in the air with the help of the low-pressure points made possible by the dimples on the surface of the golf ball. The faster the spin, the higher it will go.

What is the spin rate?

Spin rate is measured in RPM (revolutions per minute) – the number of spins on the golf instantly after the impact of the club face. The spin rate depends on a lot of factors, including the loft of the club, swing speed, the type of golf ball, and club shaft type.

How do you measure spin rate?

A launch monitor is an effective device to quantitatively measure spin rates. Two of the top brands of launch monitors in the market today are Trackman and Flight Scope.

Though they are quite expensive, they are a worthy investment when you really want accurate information about the various aspects of your gameplay. 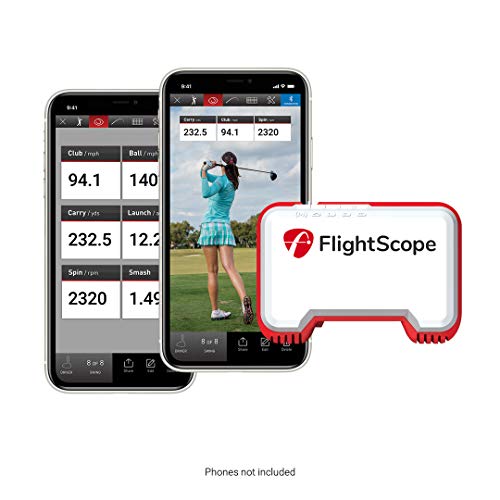 Why is spin rate important?

The spin rate affects the height and distance of the shot. It also plays a role in the performance of the ball, especially during windy conditions. It allows you to efficiently control ball flight.

In an environment with strong winds, you will really notice the faults in your game if your spin rate is not optimal. The problem can be with the use of wrong clubs or shafts or faults in the swing.

What is the implication of spin rate to your gameplay?

We’ve already made it clear that spin rate is essential to the overall quality of your gameplay. There is no definite answer because it varies on a case-to-case basis. Swing speed and spin rates are directly proportional.

Fast swings will lead to higher spin rates. Therefore, players who swing really fast should use golf clubs and golf balls that match the spin.

You should read this separate article about the different golf shaft types if you want to know the kind of club shaft that goes well with your swing speed.

For players with low swing speeds, there isn’t much spin in the ball, which in turn results in poor flight and less distance.

Consult with a PGA professional instructor if you think you need to change your equipment to coincide with adjustments that you have made in your gameplay.

With expert advice, technological assistance from launch monitors, and the proper application of acquired performance statistics, you are sure to improve your performance on the course.

Refer to the chart below as a guideline in terms of the optimal spin rates and their matching average driver swing speeds.

What is a good spin rate for a driver?

The optimal spin rate for drivers can be anywhere between 1700 and 3000 RPMs which is true to most golf players. Slow swing speeds tend to go towards the 3000 rpm rate, while fast swings fall back closer to the 1700 part.

Golfers have different objectives in their gameplay improvement. Some want to increase their distance, while others want to work more on accuracy.

The spin rate and the launch angle can also have some impact on each other. There are three categories in which we classify golfers according to swing speed.

The initial launch angles of these swings can usually be between 10-12 degrees, with a spin rate between 1700-2300. This is more concerned with maximizing distance.

These types of swings start off at 12-16 degrees plus a spin rate of below to mid-2000 level. Aside from a distance, it also helps in the good positioning of the golfer.

This has a similar launch angle with fast swings and only differs in spin rates that draw close from middle to higher 2000.

Slower Swings = 84 and below

For the slow swingers, they need to compensate with an angle of at least 14-19 degrees and a spin rate of nearly 3000 rpm. What you need to achieve here is to match the swing speed with your angle, and the spin rate should also coincide with the driver.

How to lower the spin rate on the driver

Lesser spin rates can help you achieve larger distances with your shots. Spin rates usually decrease the distance that the ball can reach. Here are a few tips to reduce your spin rate.

How to increase the spin rate on the driver

As we’ve mentioned numerous times, spin rate and distance are inversely proportional. That means that the more the ball spins, the less distance it can reach.

If it’s a windy day, the spin rate of the ball can get significantly affected, and it will land too far from where you actually want it to be. In order to prevent this, you can increase the spin rate of your golf driver with these tips:

The spin helps keep the ball elevated in midair. This is why iron clubs with shorter lengths are hit higher to produce a higher launch angle as well as more spin rate, more altitude, and less distance.

With a swing speed of 80 mph plus an 11-degree launch angle and 1700 spin rate, that will most likely result in a shorter flight and less distance.

On the other hand, with a speed of 113 mph, a launch angle of 19, and a spin rate of 3200, the golfer would lose significant distance.

We personally recommend SkyTrak to get quantitative data on the spin rate of multiple golf clubs and drivers. There are currently 3 wonderful models available in the market today that you can choose from! 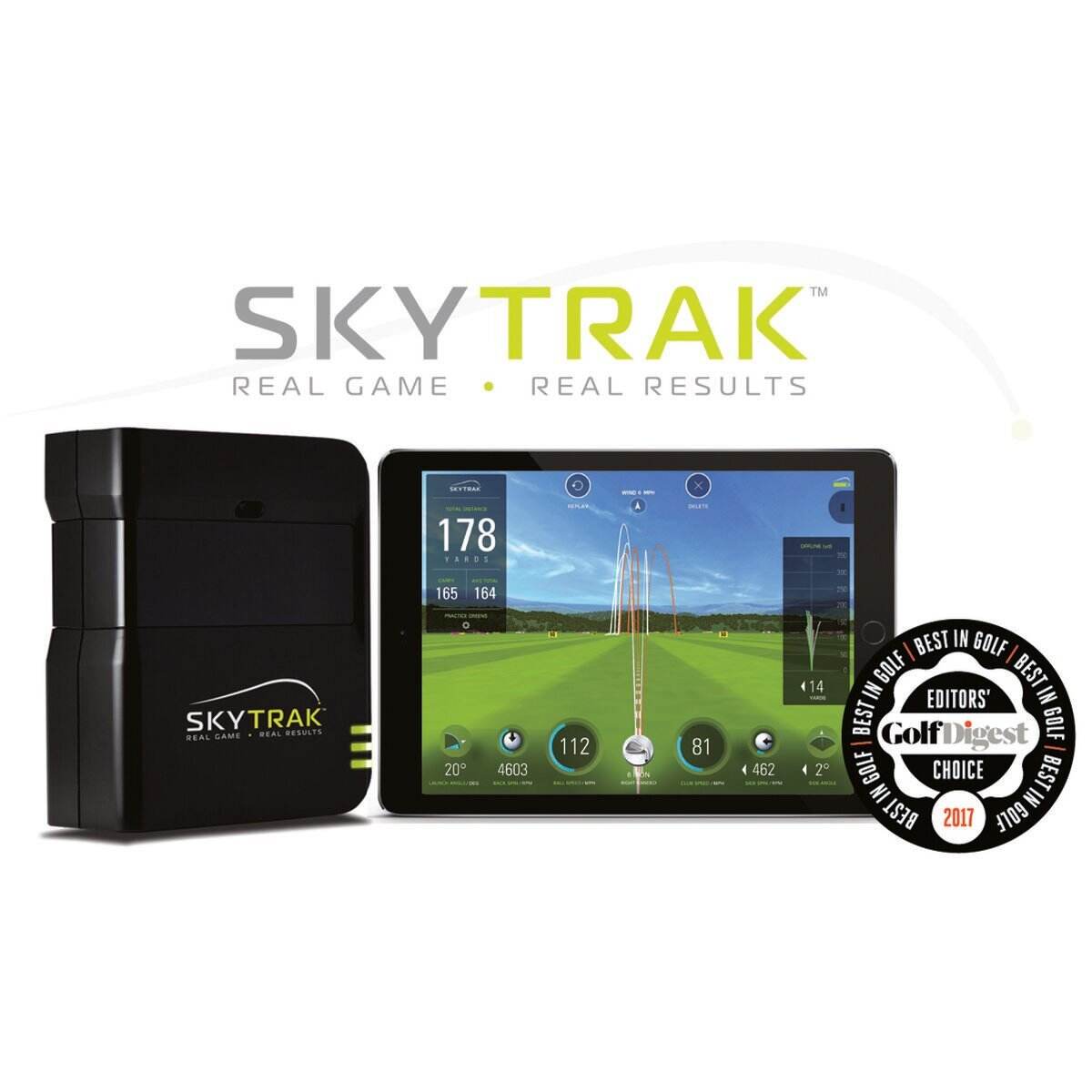 What is a good spin rate for wedges?

Spin rates between 8,000 and 11,000 RPMs are the most ideal for golfers that do wedges. In order to achieve this, the spin rate must be steady and consistent.

If there are too many variations in your spin rate, you will have a hard time controlling your distance.

You need to have the same carry distance reached with every swing for wedges. The overall distance does not matter much if every swing remains consistent.

With a single hit of your pitching wedge at a 4000 spin rate and a succeeding hit at a 9000 spin rate, you will have an inconsistent spin rate.

How to adjust the spin rate?

If you have a high spin rate, the first thing you should check is the driver shaft. The proper weight and stiffness of the shaft are important in the spin rate that a club can generate. You should also remember not to hit the ball downwards with the driver.

The best thing you can do is to monitor your progress using a personal electronic launch monitor and track the distances that different spin rates can reach with every hit.

With the SkyTrak launch monitor, you will discover just how much different spin rate makes and how it affects the total distance with the driver.

It is a real waste of time if you spend a lot of hours in the hitting range without getting useful and accurate information about the vital aspects of your gameplay aside from ball flight.

To make the most of your training, you should utilize the power of modern technology to provide you with essential data to improve your gameplay.

Training for speed and making sure to maximize spin rate, and knowing when to use low and high rates makes for powerful gameplay. You can easily add around 30 yards to your distance without exerting a lot of effort and straining your physical strength.

Spin rate plays a huge role in the quality of your gameplay in golf. It also correlates with ball flight and distance. If you master how to control it whenever you play, you will also gain control of the other important aspects.

A great combination of club and ball with matching spin numbers can drastically improve your skills and the way you maneuver around the course. Do not hesitate to seek help from a qualified PGA instructor or use launch monitors if you are really serious about improving your game.

The information and advice you can get can help you make the appropriate changes and adjustments.