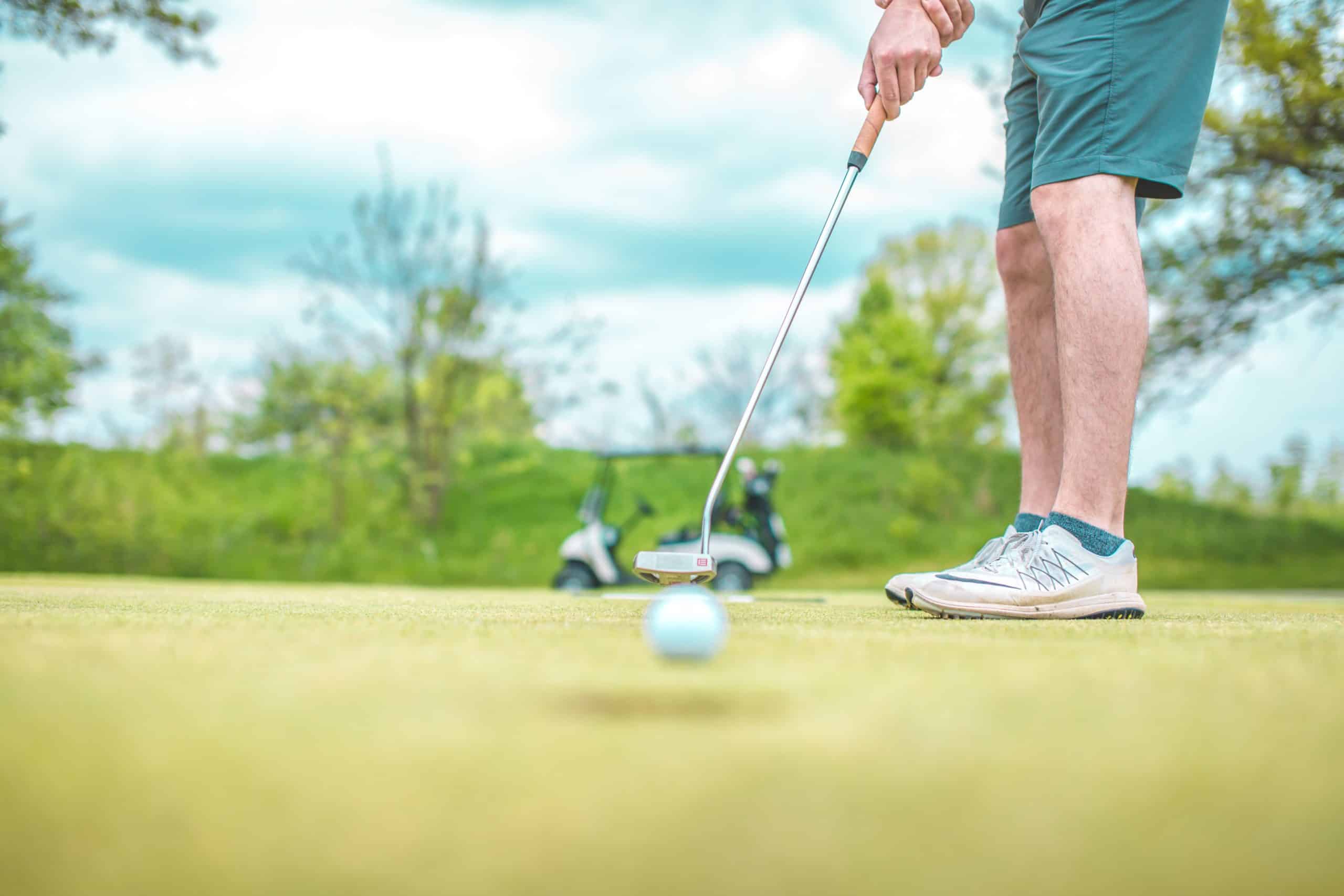 Before a golfer can stop slicing, they have to understand the fundamental cause of an out-to-in swing path. In nearly all cases pulling across the ball is caused by the shoulders spinning open at the start of the downswing.

There are many different ways to try to control this movement. Some golfers try anchoring the head at a certain angle so the shoulders can’t spin open.

Many try to stop slicing by trying to make the legs work quicker on the downswing. But there is another way which some golfers find easy. It is to do with a different position of the left foot in the address position.

The Left Foot Position in the Stance

Since Hogan wrote the Modern Fundamentals, it has been popular to open the left foot at address a quarter turn. But turning out the left foot too much can make a slice worse.

Rather than being able to hit against the left side, which encourages a full release of the club, if the left foot is turned out too much, there is nothing to stop the shoulders spinning open.

However, if the left foot is turned back, so it is at a right angle to the target, it encourages the correct transition between backswing and downswing.

The shoulders can’t spin open too much as the left foot anchors the whole of the left side.

How to Release Past the Body

The more the left foot anchors the hips and consequently the shoulders from spinning open, the club will approach the impact area from the inside. At first, the ball might still curve from left to right in the air, but if a golfer perseveres, the hands will start to release the club correctly at the ball.

This squaring-up process will result in straighter shots without the slice. It will be exactly the same process for woods and irons.

Power will increase with this more natural technique. If the left side is anchored, centrifugal force will automatically kick in as the club comes into the impact area allowing the club to release powerfully into the back of the ball.

It is almost a slingshot sensation when the club is propelled with maximum acceleration right through the shot, virtually pulling the player to a full finish.

Rather than having to ‘hit the ball, the golfer can use timing to swish the club head through impact in the most natural way.

This more objective approach will allow maximum compression of the ball. Rather than the old slicing, glancing blow across the ball, now all power is injected straight into the back of the ball. This is called a pure strike which in turn lies at the heart of maximizing power.

Turn the left foot into a square position to anchor the left side so you can release past the body to stop slicing.