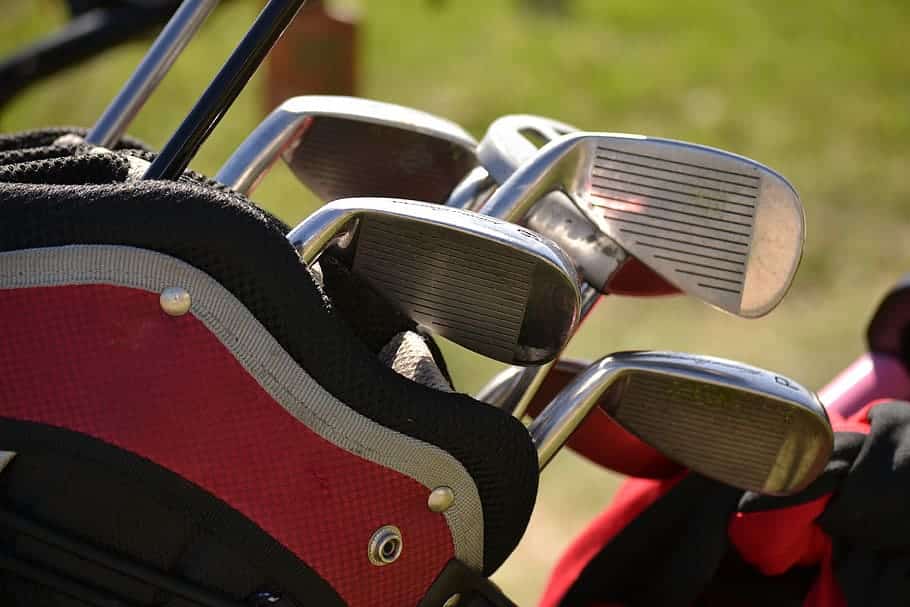 Are you just starting out in golf, or are you a seasoned pro preparing for your next round? If this is the case, choosing the finest golf clubs for beginners is critical to improving your performance.

You may change your game and eliminate handicaps by selecting the proper golf club types.

Do you know which golf club you should buy? Not sure what factors you should consider? Whether you want to buy a full set of golf clubs or just one, it can be a daunting undertaking.

This is owing to a large number of golf club options on the market. To make things easier, we’ve put together some pointers to help you make the best decision.

The Basics of What’s in a Typical Golfers Bag

As most golfers know, there’s a right time for every club, but golfers new to the game may not know the various types of clubs that make up a golf club set.

Starting with the biggest and working to the smallest, here is a description of the golf club set.

Because the rules of golf allow you to carry fourteen clubs in your bag, many golfers add an extra wedge or specialty hybrid to their bag. After all, the more tools we have in our toolbox, the more possibilities you have to help you execute your job more efficiently!

The golf driver is most often used from the tee on par-4 and par-5 holes. The lower-lofted driver is rarely used from the fairway, even though its added distance would be useful.

The lower loft makes hitting from the ground a difficult task for anyone.

The driver is the most electrifying club in the bag, not only because it hits the ball farther than the other clubs but also because watching the golf ball in flight is more gratifying and thrilling than most other things in the sport.

Oversized. Many of today’s drivers can only be characterized as absolutely huge. The size of these drivers can go up to 460 cubic centimeters (460 cc).

They have huge club faces with little or no grooves, which limits spin and, for novice golfers, improves control of the golf ball. They are much easier to hit than their normal-sized ancestors.

Although they are no longer made from wood, the name hasn’t changed. Golf woods are the longest golf clubs and are mostly used for long shots.

They have large club heads that are somewhat spherical in shape, with a slightly bulging club face and a flattened sole that slides over the ground without digging in during the swing.

Today, the 3 and 5 woods are most commonly used, with 2, 4, 7, and 9 kinds of wood used less often, referred to as fairway woods. They feature a shallower face height and increased loft, which enables players to hit them off the turf.

The driver can be hit from the turf, but a high level of skill is required to execute the shot correctly. The risk usually exceeds the reward for doing so.

Golf Irons are used for shorter shots than woods, usually shots from the fairway or rough, approaching the greens. Irons are the most versatile clubs in the bag, allowing advanced players to hit a variety of different shots with the same club.

Irons usually range from numbers 1 to 9, with lower numbered irons having lower lofts. The higher the loft, the closer to the green they should be used.

Wedges are specialized irons. Wedges feature the shortest shafts and highest lofts of any golf club. In fact, wedges are often identified by their loft rather than their name.

The putter is the most-used golf club in the bag. Think about it: If it takes you two putts per green, you’ll use your putter 36 times during a round of golf.

Putters have a very low loft and often a short shaft, designed to ‘push’ and roll the ball rather than hitting it up into the air.

They are used to playing the ball on the green but may occasionally be useful for playing some approach shots on courses with tightly mown fringe and fairways.

Make friends with the putter (practice, practice), and it will serve you well.

The hybrid golf club is a hybrid of iron and wood clubs. The greatest hybrid clubs have the same shape as woods but have the added benefit of being easier to hit.

They also have the length and loft of an iron club, making it easier to travel the same distance as an iron club.

Most people prefer to replace their long irons, such as 4-irons and 3-irons, with the hybrid alternative. This is done primarily to improve the forgiveness and playability of off-center hits.

What Is a Full Golf Club Set?

When playing golf, the golf club is primarily utilized to hit the golf ball. Each club is made up of a shaft, a club head, a hosel, and a grip.

According to USGA regulations, each player is only allowed to carry a certain number of golf clubs. A standard set has 14 golf clubs, and conventional combinations are available from merchants as matched sets.

Players have the option of using combinations ranging from 14 to fewer clubs. Maintain a balance with your clubs, though, as you will need them for all events, whether on the greens or the fairways.

Always bring a driver, putter, and at least two irons with you. You can later add wedges, fairway woods, and a few hybrids to your collection, dependent on your talent and expertise.

What You Carry in Your Golf Bag: The Psychology of It

We have discovered one thing after decades of expertise in the golf club manufacturing business, making millions of clubs for a large number of satisfied clients. Most golfers have at least one set of irons, one or two hybrids, various wedges, many drives, and a variety of putters in their bag.

This is due to the fact that your foursome all meets at the tee where you utilize your driver. The stakes are enormous for success. Hopefully, you’ll land up in the fairway, which is scattered throughout the golf field.

As you make your way through the hole with your fairway woods and irons, you’ll eventually end up back on the green.

So, where do you think you’ll need the most weapons? It’s when the stakes are the highest and the pressure to succeed is at its most.

At the tee and green, they don’t nonchalantly say, “drive for show, putt for dough.” As a result, most golfers we know have multiple drivers and putters in addition to a single set of irons.

How Do I Arrange My Golf Clubs In My Bag?

A golf bag is required for any person who intends to play the game. They are well-designed to hold everything you need to complete the 18-hole course.

Now comes the topic of how to organize golf equipment in a bag. Is it necessary to devote time to effectively arranging the clubs?

If you don’t want to harm your pricey equipment, follow these tips: